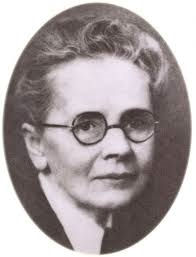 Hearst Castle has attracted thousands of visitors since opening to the public in 1958.  Although most have probably heard of William Randolph Hearst and his publishing empire, famously fictionalized in Orson Welles’s film Citizen Kane, the architect who designed his Central Coast mansion remains largely anonymous.

Julia Morgan, California’s first licensed female architect, was the design and engineering genius behind Hearst Castle as well as many other famous buildings.  Over the course of her 47-year career, Morgan designed more than 700 buildings in California alone.  Morgan, broke up the boys club of California architects and earned her status as an architectural visionary.  She didn’t just remodel kitchens or build women’s clubs, but she also built radio towers, zoos, hotels, hospitals and hundreds of private residences.

After graduating with a degree in engineering from the University of California, Berkeley, in 1894, Morgan continued her education at the world’s most prestigious architectural school, the École des Beaux-Arts in Paris.  Upon her return from Europe in 1902, Morgan began her architectural career in the San Francisco area working for the designer John Galen Howard on buildings for her alma mater.

Morgan opened her own office in San Francisco in 1904.  Her earliest commissions included a bell tower at Mills College in Oakland that withstood the San Francisco earthquake and fire of 1906, landing her the commission to rebuild the severely damaged Fairmont Hotel.

Julia was given the commission to create William Randolph Hearst’s home at San Simeon, California in 1919.  It is actually a complex of domestic buildings, each eclectic in style.  The commission was a difficult one as Hearst constantly changed his mind about details related to the design, yet Morgan’s patience and resolve carried her through the project.

Julia Morgan paved the way for women in the field of architecture.  Her career is a tribute to her education, talent and distinctive personal style.

A Novel Approach to FACS