This blog post was originally published on October 14, 2016 as the first in a fifteen-part series related to the 2016 Presidential election. Beginning today we will be sharing these posts again in hopes that our readers will find some historical info regarding past presidents and their food preferences for use in the FACS classroom. A new Presidential Palates post will be shared each weekday between now and Election Day on November 3. Please note that the concluding post of this series is a quiz based on the Presidential Palates series of posts.

Welcome to Part 3 of my Presidential Palates blog series, celebrating (or escaping from) the personal quirks of presidential politics.  So far, we’ve looked at the culinary preferences of Presidents John F. Kennedy (New England Clam Chowder), William Harrison (Squirrel Soup), Richard Nixon (cottage cheese with ketchup), and Andrew Jackson (all things cheesy).  Today we’ll be taking a look at the food preferences of “the Gipper,” AKA President Ronald Reagan (1981-1989). 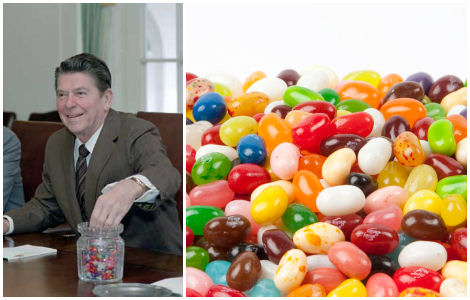 It’s pretty common knowledge that President Reagan was a devoted fan of the humble jelly bean.  As a matter of fact, Reagan’s campaign and presidency is generally considered to be the launching point of the popularity of the Jelly Belly® brand.  Reagan loved jelly beans so much that Jelly Belly® released its blueberry flavor specifically for his presidential inauguration.    President Reagan kept a jar of jelly beans on his desk in the Oval Office and on Air Force One during his two terms, from 1980 – 1988.  “You can tell a lot about a fella’s character by whether he picks out all of one color or just grabs a handful,” he said.  What was President Reagan’s favorite jelly bean flavor?  Black licorice! 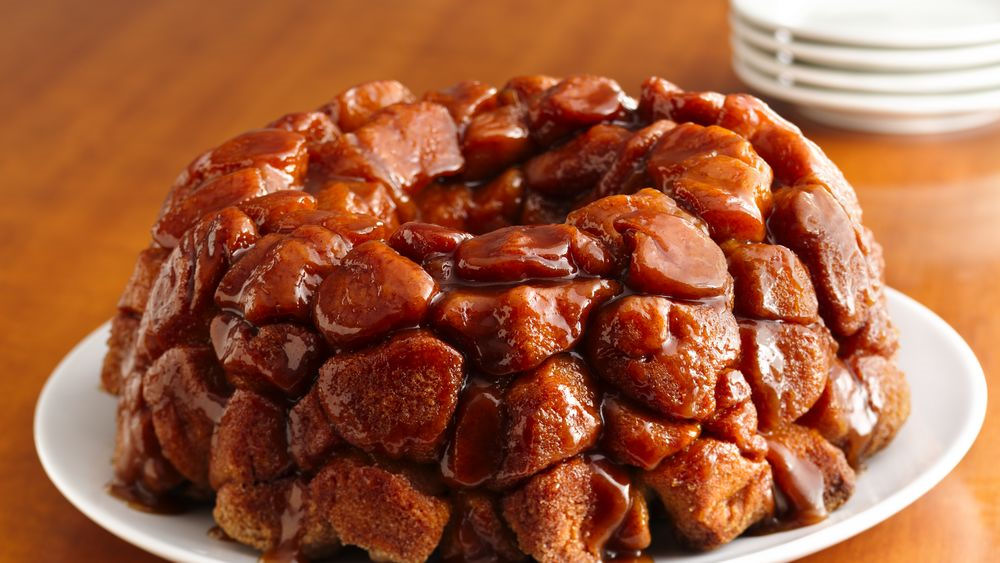 While it’s reported that the typical Reagan breakfast was low on fat and heavy on bran, on special occasions The White House Family Cookbook records that Monkey Bread was one of his favorites.  A recipe of Monkey Bread like the one pictured about requires between 40 and 45 minutes baking time.  This Monkey Bread Muffins recipe is a more classroom-friendly version.

Part 4 of Presidential Palates continues on Monday!  Have a great weekend!

A Novel Approach to FACS